Over the past week or so I’ve been working the crankbaits over warm rocky shoreline in the middle of the afternoons. Once I caught a few fish on a medium crankbait last weekend I tried a bigger 3.0 DD with same color pattern. I tried casting it in the same areas I’ve been catching fish and after a couple hours I put it back in the box. I tried trolling the bigger deeper diver but it got no attention.

We also tried my old faithful 2.75 CB medium/deep diver. It’s the one that we used over the summer and up at Burton with great success, both trolling and casting. Something that is very interesting about the 2.75 medium/deep CB blanks I’m getting is that the bill has changed from a clear plastic to a frosted looking plastic. Since the change, our catch rates have went way down with the lure. The clear bill really makes a difference in the CB and I probably won’t get any more with the frosted bill. We have yet to catch a fish on the 2.75 over the last month.
Once I determined that the fish weren’t interested in the 2 inch and bigger CB’s we just concentrated on the 1.75 medium crank and the 1.5 medium crank. The 1.75 medium is the one in the pictures above. The 1.75 has the loudest rattles of all my CB’s and I think that’s a huge success factor on the rocks.

Some folks have ask me about how I target bigger fish and finding the right areas where they reside.
I gotta say that over the past few days the biggest fish have come from areas where the sun is heating them up. All the fish yesterday came from rocks and docks. The big fish came from a southwest facing rocky outcropping with a dock directly facing the afternoon sun. When the sun comes out and starts heating up these areas, the bigger fish usually follow. The fish have been hitting in the 5-15ft depth.

Something else that is very important is presentation. My buddy and I used the same bait a few days ago and he zeroed with the bait while I caught 4 nice fish. The difference was that he was just casting and cranking. I’m casting, hard jerking the bait to the bottom and then cranking, jerking and stopping over and over. I’m working it more like a jerkbait than a crankbait and I think that mimics a foraging bait on the rocks instead of a swimming bait. here are a few pictures and videos from some of our recent crankbait trips in the creek. The first picture below is a picture of my last bass for 2014, caught on New Years Eve just before sunset. It was a nice way to end 2014. 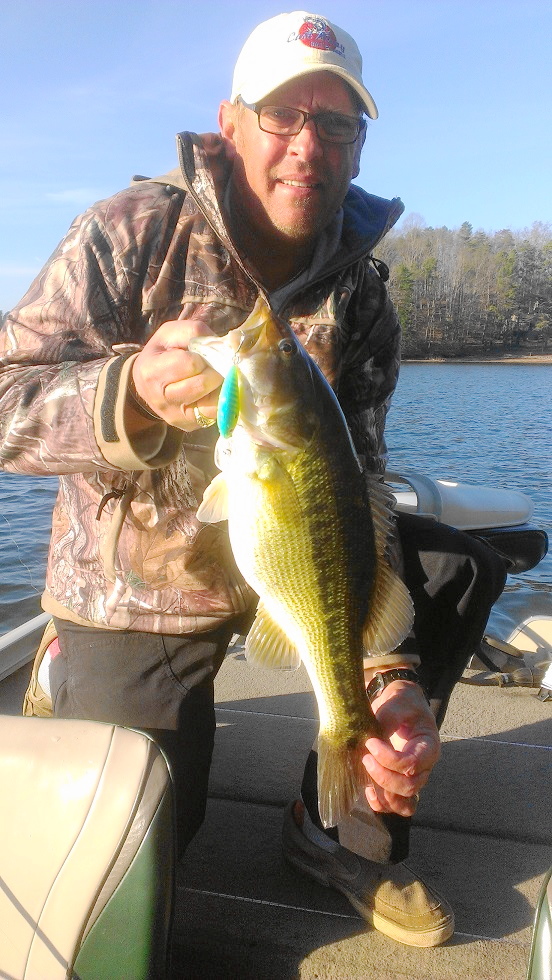 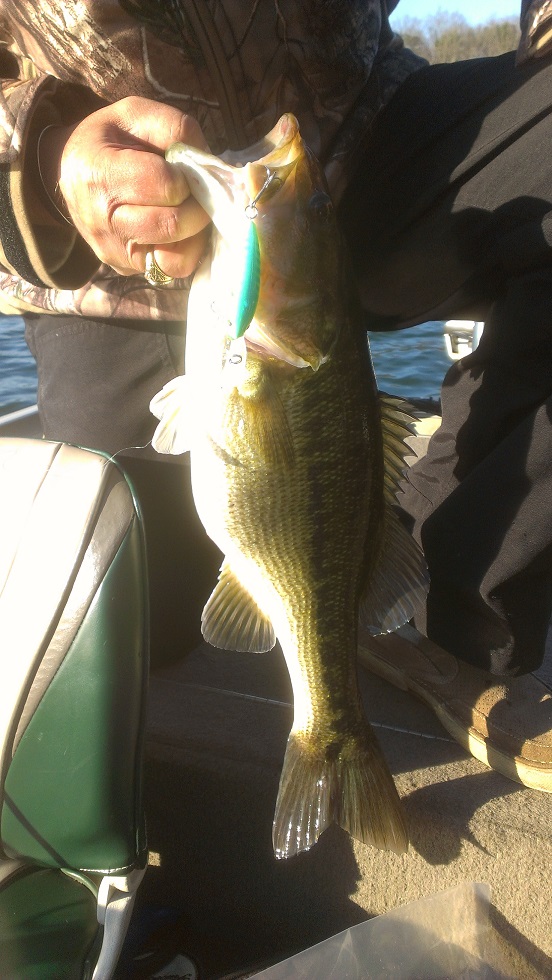 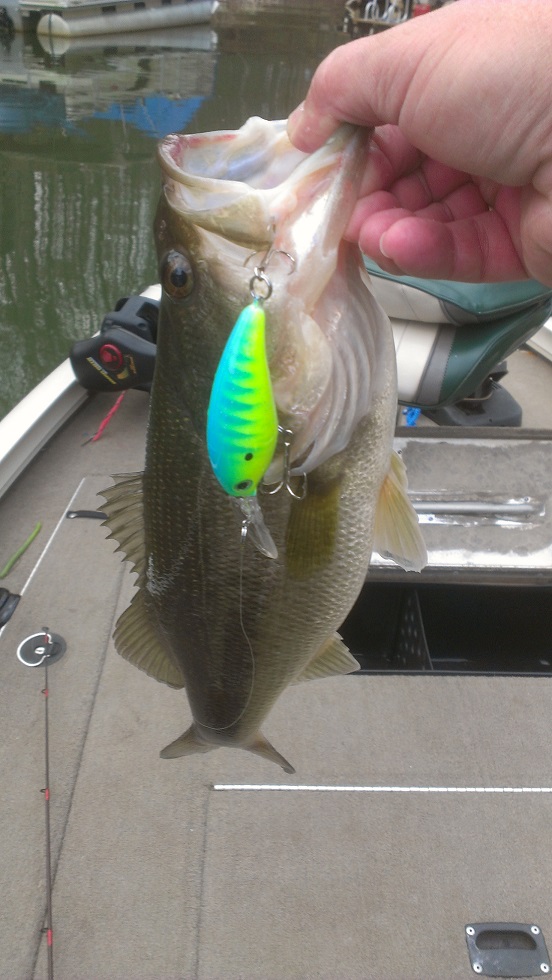 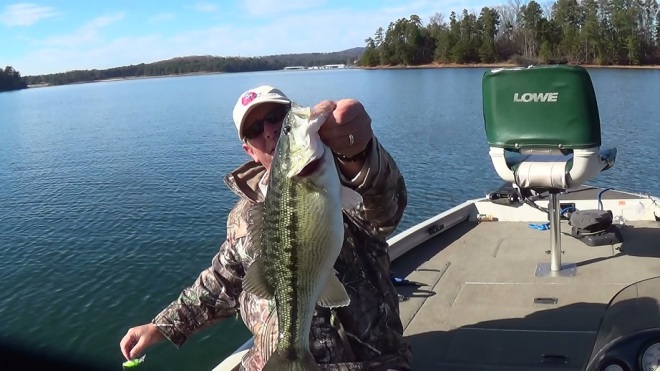 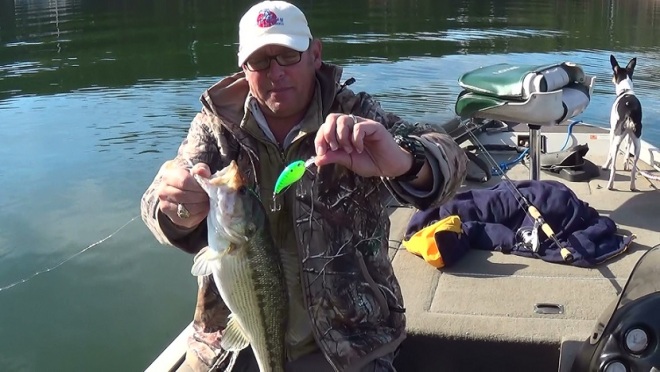 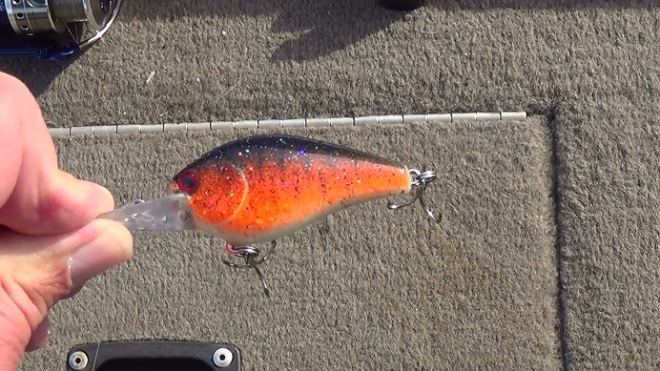