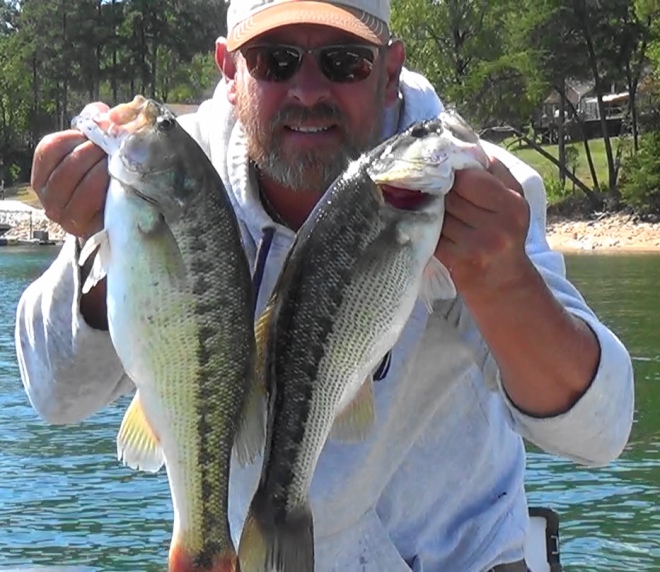 Well, October is finally here and I couldn’t be happier. October is by far my favorite month of the year with baseball play-offs in full swing, college and pro football is getting cranked up (even though my fantasy team is tanking), the nascar chase is on and most of all, the topwater is busting loose. For the past 3 weeks I’ve been stepping up my topwater game and the bass seem to be busting the surface more and more each day. The surface temps are getting down to the mid seventies and I’m seeing signs of the turnover in the back of the south end creeks right now. A few weeks ago there was a good early morning topwater bite but for the past few days it seems that the better bite has been in the afternoons. I suspect that the bluebacks are cruising near the surface when the sun gets higher in the sky, soaking up the warmth of the afternoon sun and the bass are feeding on them as they cruise the surface. We’ve watched plenty of fish and bluebacks tearing across the surface on points and over submerged brush in the creeks and out on the main lake. This is something we see every October and with all the bass chasing the bluebacks, the topwater bite is in full swing right now. Over the past few weeks I’ve been using my emerald popper with great success and once again October and the emerald popper is a big hit. I’ve also found a good bite on some walking baits such as the Yozuri 3DB, Sammy type baits, the bone Vixen, the Sexy Dawg and Sexy Dawg Jr. At times, when the fish get finicky and they aren’t cooperating with the topwater I’ve been throwing some blueback type jerkbaits and the spybait to get a few bites. When it really gets slow, we’ve been using the drop shot around brush to get bit but the majority of the fish we’re getting on the drop shot are on the small side right now.

One bait that I’ve been having a lot of fun with for the last week is the larger Chug Bug. Last week I took a friend out and he broke out the big Chug Bug on a windy point and caught a nice striper and then followed it up with a nice bass over 5lbs as well as a 3lber. Here’s a pic of my buddies Chug Bug bass: 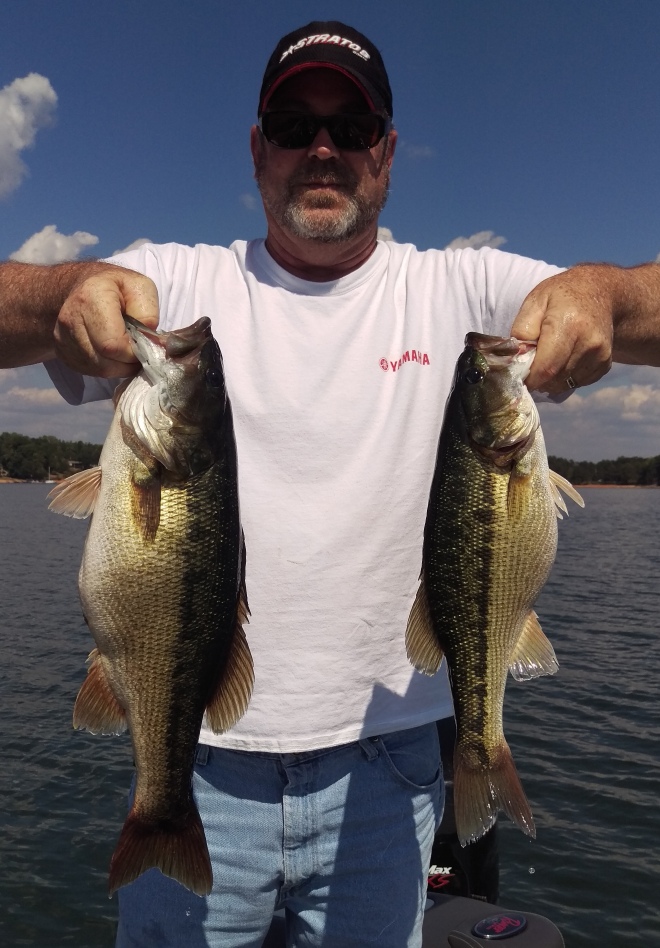 That’s about all the convincing I needed and I remembered that I had seen the big Chug Bug hanging on the shelf at Walmart last week so I went back to Walmart and bought the last 2 they had on the shelf. I started using it right away and over the past 4 days of using it I have wore the bass out. I’ve literally wore the paint off the lure and probably caught a few dozen fish on it so far. The big Chug Bug works the best for me on windy points with a small to moderate chop on the water and I like to cast it down wind and bring it back up wind, making it splash and pop as much as I can. Here’s a video I made using the Chug Bug for a couple hours this afternoon. I was supposed to be going out this morning but when I launched my motor sucked up some mud and I spent most of the day cleaning mud from my impeller and cooling system on the motor before going out.

Right now is probably the best time to get out and try your luck with the topwater fishing with a lot of points holding fish that are feeding up for the cold winter. For the topwater baits, my little emerald popper is a big hit once again this fall and I’ve got plenty in stock if you would like to try one. Here’s a link to the emerald popper: http://www.castawaybaits.com/product/the-emerald-popper/
Here’s a few picture of some popper bass over the past week or two. 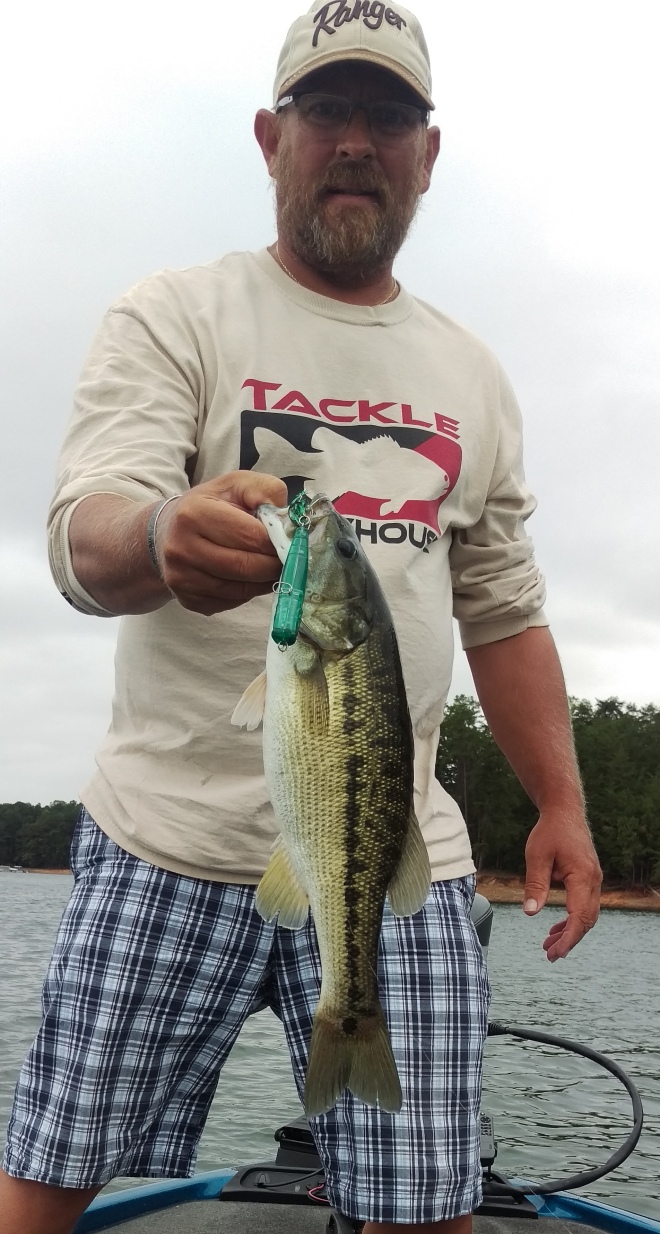 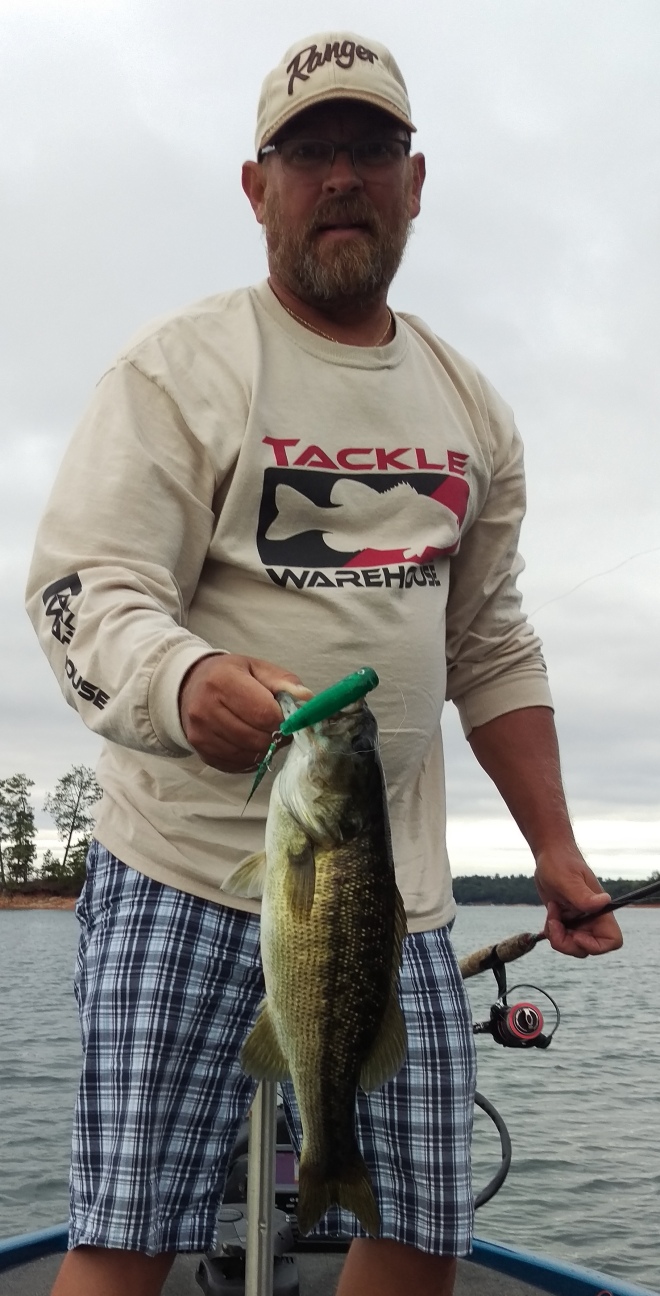 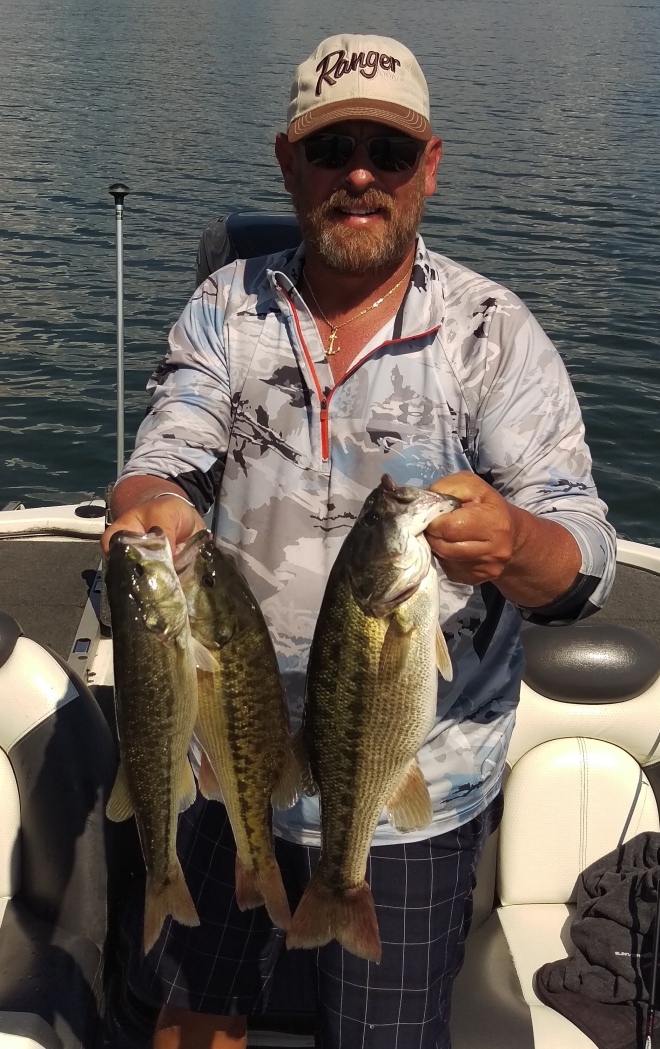 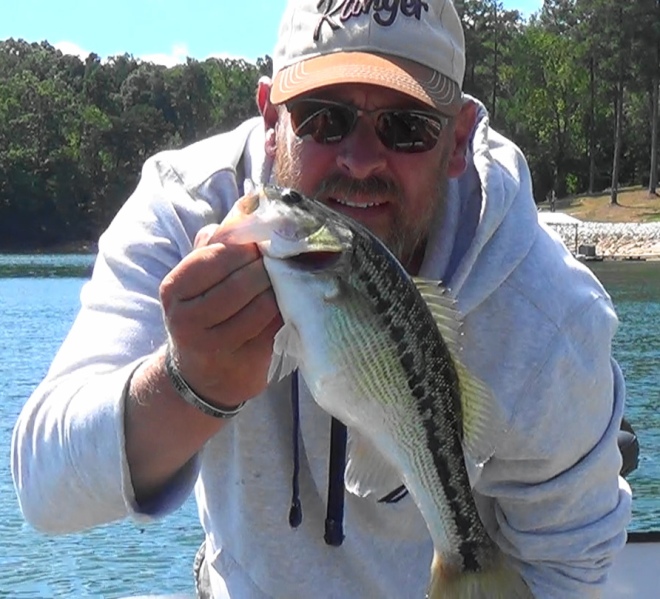 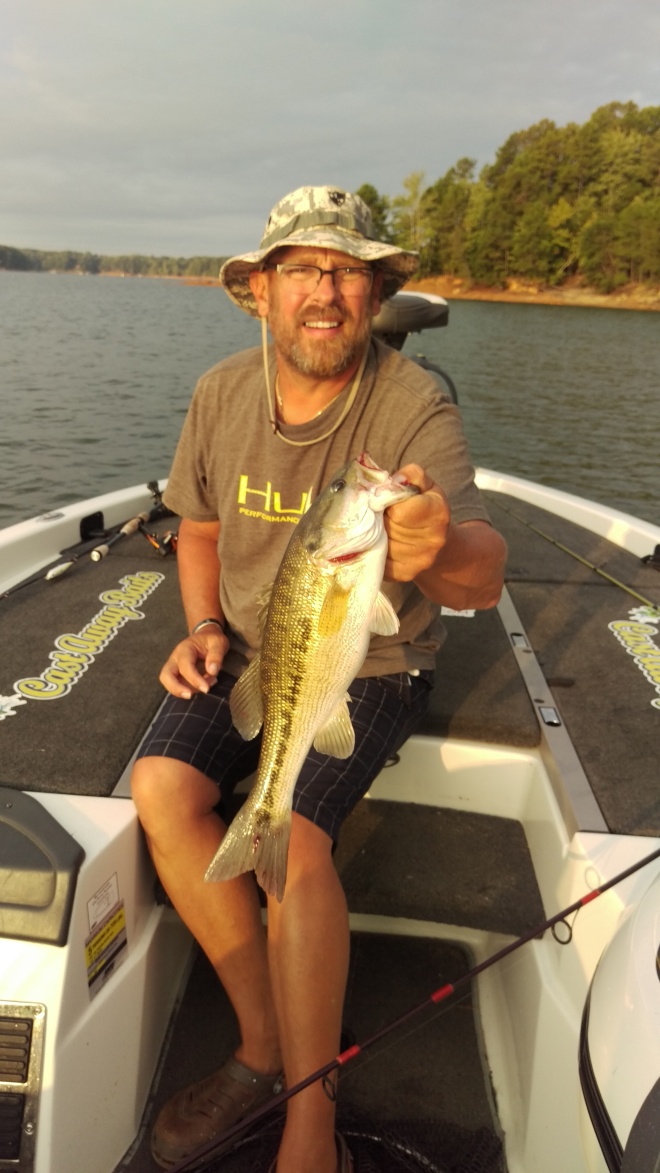